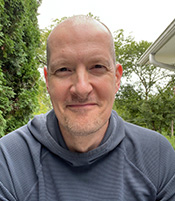 Brian W. Budzynski earned his Bachelor of Arts from Illinois State University and his Master’s in Writing from Roosevelt University, where he was given the University’s Thesis Award in 2004. Prior to joining the Alt-Meat team, Brian spent several years in the flavors and skin science sectors as Managing Editor of Allured Business Media, and then as the Chief Editor of Allured’s book publishing division. Subsequent to that, Brian was the Senior Managing Editor of Roads & Bridges magazine, which focused on the surface transportation industry. He is the recipient of numerous Azbee and Tabbi Awards for his research and writing, and received a 2019 Neal Award for his coverage of a fatal bridge collapse. Says Budzynski: “My hope is that in limning the ‘business’ of the alt-meat world, I will not supersede the greater goal of how the sector strives to improve the state of the world, but clarify and amplify it. Keeping that front of mind is what interests me most about this space.”